To New York or To Not New York? 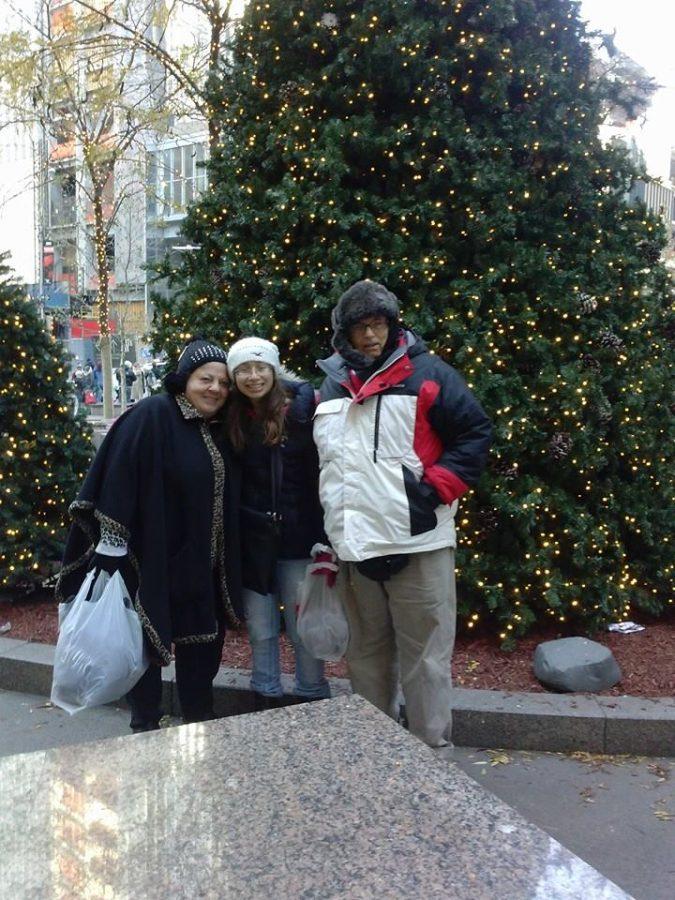 My Grandparents and I in Times Square

Living alone in New York City. It’s been my dream since I was nine. Looking out of my apartment building, the wind blowing softly on my face. The smell of smoke and sulfur, the incessant beeps of angry cabbies, the barking of businessmen after a long day of work. I can see the hazy skies saturated both by nightfall and pollution. The nightlife, the squeals, the constant hustle and bustle I now adore. What if all of this was a lie? A dream of something I made up but will never get. I may be eighteen, but I still feel as if I am still twelve. I’ve never been to summer camp, been on a trip without my parents, or had enough bravery to have a friend sleep over without me secretly tiptoeing into my parent’s room until I was ten.

My heart wants to be responsible but my brain somehow believes that I should still be attached to my parents like a blood-sucking leech. I do wish that I can muster up the courage to live on my own, despite my absolute inability to do anything independent whatsoever. I feel as if my life has been all about staying behind the lines. I don’t take risks, I obey orders, I keep my mouth shut. Even as a senior in high school, I feel paranoid I will get in trouble for leaving school by 12:30, despite having early release. I can just imagine having a mental breakdown when my parents drop me off at a college 30 minutes away, let alone five hours away.

New York City is the city that never sleeps, but am I really ready for that? I’m the kind of person who thinks having a get together with friends is a fair enough social life and 10:00 pm is too late to go to bed. I wish at one time I can sit in an empty dorm room, try something completely insane, or even let loose with friends. If I moved to New York City, would I change for the better and leave New Hampshire behind forever? Would I be more easygoing, act less like a stick in the mud, or be proud of who I am? How come life isn’t as easy as it seems in the movies? Doing something independent for a change, having awkward exchanges at a party, falling in love, and then at the right moment, find out who you are without any people telling you what you should believe. I wish it was that easy, preferably with my own musical opening sequence as I swerve my way through the big city and take my precious time to hail a cab.