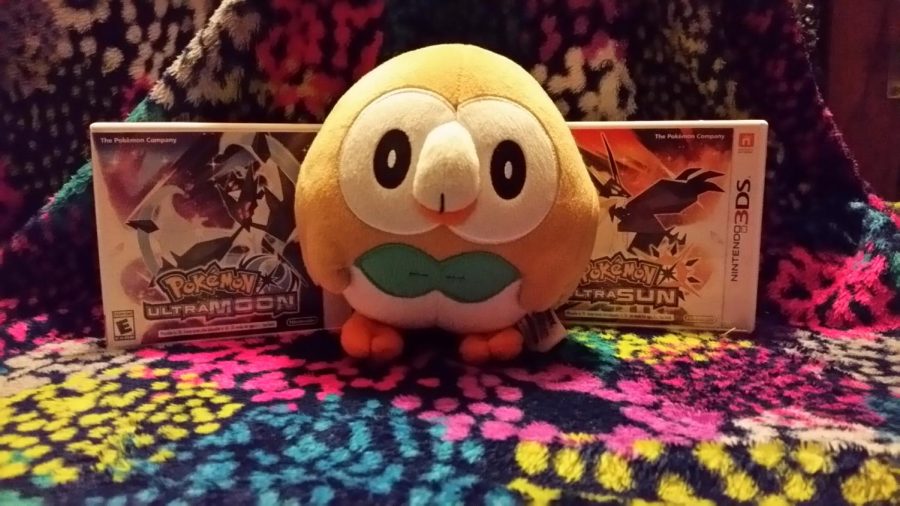 Say the name and anyone is bound to think of the game company who took the world by storm in 1996 with the little Japanese pocket monsters we’ve come to know and love today. Pokemon has introduced us to seven different regions in their 28 main game franchise, not counting the countless spinoffs and Trading Card Game packs they’ve released along the way.

Ultra Sun and Ultra Moon, abbreviated USUM, are the most recent installments to the franchise, and are also declared to be the last Pokemon games to be made for the Nintendo 3DS. Released just a year after the previous installments, Sun and Moon, the game takes us back to the Alola region, but in an alternate timeline following similar events to USUM’s predecessors.

The basic story line of Ultra Sun and Ultra Moon remains similar to Sun and Moon in which you’re an eleven year old trainer who has just moved to Alola from Kanto with the task of completing your island trial.  However, things take a turn when your character encounters the Ultra Recon Squad, who have come from a world where the legendary Pokemon Necrozma has stolen the light. The Ultra Recon Squad hopes to find out the mystery behind the light power in the Z Power Rings. In addition to setting out to become Alola’s first champion, you’re tasked in helping out the Ultra Recon Squad defeat Necrozma, saving your game’s cover Legendary, and returning the light Necrozma stole back to Alola.

Much like many other fans of the games, I pre-ordered my copy and started playing on the day it was released. Roughly three weeks and some very late nights later, I completed the main story-line in the game, as well as the bonus story-line. Now, almost two months after the release, I’ve been able to explore almost everything in the game, and point out some rather unique things. There is much to be said about these two installments, both good and bad things.

First up, the positives of Ultra Sun and Ultra Moon. This list wasn’t very hard to make, as there were a lot of positive things I found as I was playing through. The first major difference was the involvement of the third Legendary introduced in Sun and Moon, Necrozma. In previous games, a third Legendary was introduced as part of the post game for players to catch, but never really posed any importance to the story. This time, Necrozma is the main center of attention, with the story revolving around the legends of the mysterious Blinding One who stole light from others. Along with Necrozma’s new storyline, the difficulty in these games has been increased quite a bit. In Sun and Moon the concept of Island Trials instead of Pokemon Gyms was introduced, and received quite a lot of backlash for being too simplistic and tedious to complete. Thankfully, the reincarnations upped the difficulty, especially when it came to defeating the Totem Pokemon and other battles. This brought on a challenge to those who thought Sun and Moon were too easy compared to other installments in the series. New mini games, the Mantine Surfing and the Ultra Warp Ride, were introduced. Both provide great rewards that increase replayability, such as earning beach points to buy useful items or encountering Pokemon from other regions. In addition, there was a better post game story introduced, the “RR Episode”. This was an amazing post game story to play through, as it brought back the team leaders from every evil team that have shown up in Pokemon in the past 21 years. You’re tasked to help take down Team Rainbow Rocket, who have taken over Aether Paradise, before they can gain control of the Ultra Wormholes and spread their evil across all the regions. Despite having to battle your way through almost 50 grunts, you have the chance to battle the team leaders one by one in order to reach the main leader behind it all. All team leaders received a remaster of their previous battle themes, and the battles were generally difficult. It was a post game that was well worth the wait.
Smaller positive changes include new Z moves being introduced, the addition of many side quests, and the overall design of the region being improved.

Now we must address the negatives of Ultra Sun and Ultra Moon. To be completely honest, I had a hard time trying to find overall negative things for these games, but there were a few that stood out. One of the biggest problems was that unfortunately, USUM was mostly a rehashing of Sun and Moon with a few small changes. Most of the story up until the Ultra Space involvement was exactly or very similar to the previous installments. Even though the games were supposed to take place in an alternate timeline, it would have been great to see more altercations to the story than what’s already there. Another big problem was how much of a letdown Ultra Megalopolis was. A lot of players expected Ultra Megalopolis to be this grand city you could explore, but instead we were given a hallway and a huge tower to climb to meet Necrozma. It was originally shown to be this grand city you could explore, a place where you would have your final boss battle with this beast who stole the light from your world. Unfortunately, that was not what we got, and that disappointed many players. Another big complaint that a lot of players had that was previously teased in Sun and Moon would be that we would finally get to walk with our Pokemon like Heart Gold and Soul Silver, two remakes to previous Pokemon games that introduced the mechanic. What’s more angering is that your rival gets to walk around with his starter, while you can’t. A few negative aspects are that shiny Pokemon have become less rare thanks to the Ultra Wormholes, having easy access to previous Legendaries through the Ultra Wormholes, and no new Alolan forms despite the anticipation.

So, how did the game turn out? It actually passed my expectations, especially once the Ultra Recon Squad was introduced. This game didn’t disappoint with the new additions Pokemon advertised in their videos. Pokemon Ultra Sun and Ultra Moon come with much needed improvements to the original game, as well as some welcomed changes! While the first third of the story does move pretty slowly and closely resembles the previous installments, there’s enough change in the second and third portions that make up for the slower beginning. There is enough new additions to make returning to the Alola region again worth it, especially for those who were previously let down by Sun and Moon. There are some negative things that can hinder enjoyment of the games, but they’re outweighed by the positives. However, if I were to introduce someone to Pokemon, I would rather have them play Ultra Sun and Ultra Moon rather than Sun and Moon due to the improvements that come with the game. After playing through my copy of Ultra Moon and taking into consideration that USUM is the last Pokemon game for the 3DS, I can definitely say these games were the perfect send off.