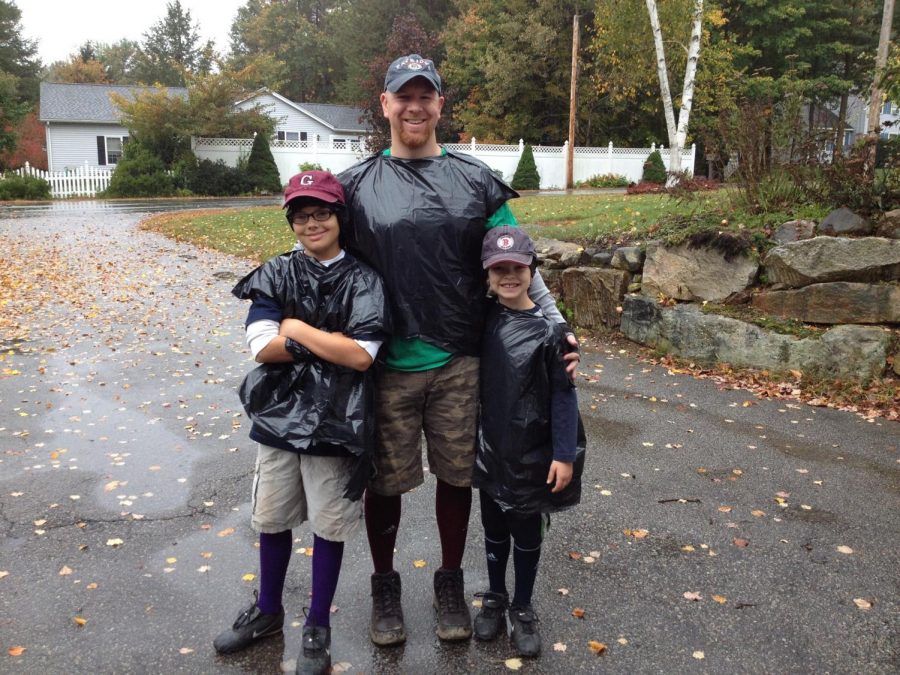 Steve Morin, father, web developer, photographer, former journalist. These are all traits of a man full of stories, experiences, and curiosity. Traveling far and wide, he said yes to any interesting opportunity and had a fun time doing so.

Steve grew up in Goffstown, NH. He went to highschool at Goffstown High School and did well in the English courses at the school. He graduated and attended college at the University of NH. College is very expensive and Mr. Morin needed a new option so, after seeing some ads for the navy, Steve decided to join the navy. The military put Steve into a journalism school in Indianapolis, Indiana. He went there for almost a whole year broadcasting for radio shows and writing articles. Steve was most proud of many things, including an article he wrote in Los Angeles, which was translated into Chinese for tourists and such. Steve states,

“It was very diverse and interesting to work with people who could speak different languages, also very challenging.”  Steve won a few awards due to writing in depth stories about people who worked in the same station as he did. Steve said the thing he was most disappointed with was the fact that he couldn’t go to college for as long as he wanted due to the cost. He was sent to the North Island Naval Air Station in San Diego. Here he published work that the public and other members of the navy could regularly view. He also could broadcast to the Naval Air Station about sports, current events, and things going on in the world.  Sometimes, when certain stories revolved around one person or a small group of people from another town the stories were shown at the Air Base but also copies of the print were sent out to the subject’s hometown to be sold. There was a comedian who worked in the same station as Steve who actually ended up doing some stand up acts, gaining some popularity, and getting a story from Steve.             When asked what he thought the 5 most important things to remember when in the field of journalism he replied with

“You have to stay focused, whether that means while researching, interviewing, you have to stay focused. And research, you have to research with a reliable source.” He also stated that a good journalist has to be prepared, and observant.  “You’re gonna have to be observant. If I walked into an office to do an interview with a client and I saw pictures of football players for a certain team, I may bring that up in the interview.” He also stated to always remember a good report must answer all questions, who, what, where, when, why, and how. Steve was then asked to define journalism in his words; Steve stated, “I think the true definition of journalism is to be unbiased, and to stick to the facts. I think people use the news to their advantage and are a little more bias than they let on.” After the navy and journalism, Steve started working with computers which were just being released for household use. He became a website developer. Steve was then asked a final question “What do you think is the best thing that came out of your journalism experience?” He replied,

“I really enjoyed all the stories I found, all the different people, you know, you really get a better feel for how many things different people face everyday in their lives and how different everyone really is.”