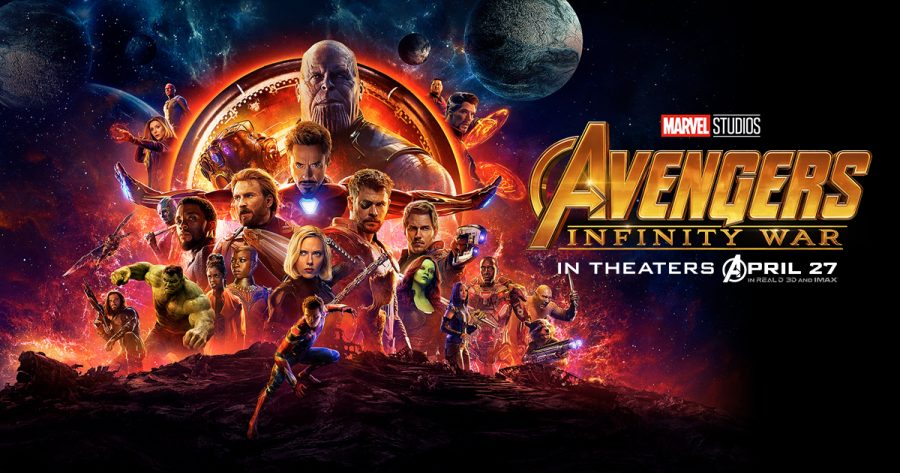 Attention: Please Don’t Read If You Have Not Seen The Movie

Over this past decade, 11 superhero movies have all been made to lead up to this one movie ; Avengers 3: Infinity War. Marvel Studios film, Infinity War, has been highly anticipated, but did it live up to the hype? Some fans believe it did while others believe the movie was just too heartbreaking.

During this movie almost every superhero was seen trying to defeat the villain Thanos. That includes, the original six Avengers, The Guardians of the Galaxy, Doctor Strange,  Black Panther, Spiderman, and many more. The heroes that were not involved in this movie are Ant Man, The Wasp, and Hawkguy. Some fans were disappointed they didn’t see some of their favorite characters on screen, but they shouldn’t be too upset. Even though they aren’t seen in this movie,Marvel has already confirmed they will play an important role in Avengers 4.

The reason these characters will play such an important role in the next film is due to the fact that half of the characters are dead. But are these characters really gone forever? Or are they just stuck in the Soul World, since Thanos used the soul stone to erase half the population of the universe. We don’t know for sure if these characters will come back, but no matter the case, this is the main reason why this film was the saddest Marvel movie yet.

Even though this film brought some people to tears, most fans agree Infinity War was amazing and it definitely lived up to the hype. Infinity War had every aspect or quality there could be in a movie, and this is why people loved it. Some scenes were just pure comedy when others just made your heart melt.  The fighting scenes were intense, but the writers were clever and somehow threw in comedic lines, even though everyone was in the midst of a battle. Also, this movie was the most romantic Marvel film yet, and people were grateful to actually see their favorite characters together romantically.  Not only that, fans were extremely excited to finally see all of their favorite superheroes come together for the first time. Every scene throughout the whole movie was well written and thought out, and the plot flowed very well. Even though the movie concluded with the villain winning and erasing half the universe, everyone knows this isn’t the end.

The movie ended by hinting who will be the next superhero that will be joining the Avengers.  The new superhero is named Captain Marvel, and she will have her own solo movie. This movie will take place in the 90’s and she will end up playing an important role in the next Avengers movie, which is part 2 of Infinity War. Considering most of the Avengers are dead, they sure need as many heroes they can get. This was a great way of ending this movie, and it gets people excited for Avengers 4 and Captain Marvel.