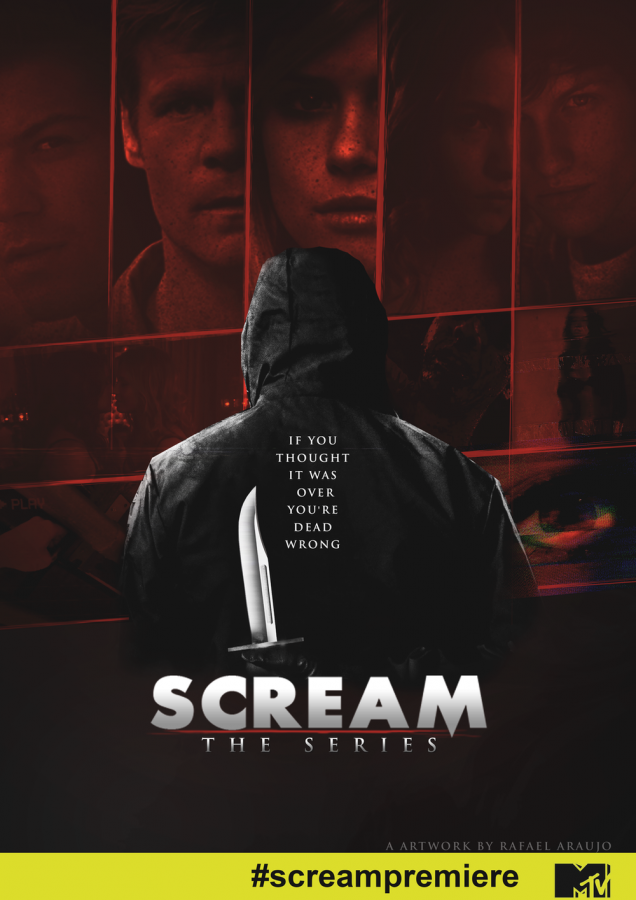 The Netflix TV show Scream has hooked so many watchers and left them wanting more. The wonderful creatures, Jill E. Blotevogel, Dan Dworkin, and Jay Beattie have done a good job creating an adaptation of the hit horror movies without making it cliche. The first scene is captivating and intriguing showing the first death in this new string of murders. The plot of the TV show is similar to the movies with the masked serial killer, but different because of the times. The show also shows some similarities to the show Criminal Minds in the way the events are developed. In the TV show there is an online aspect that becomes really important. As a result  it is easier to put yourself in the place of the characters. Also, the character development in this series is wonderfully done. Each character has important ways they develop and grow that adds to the plot of the show. The show has you on the edge of your seat the whole time and leaves you wanting more at the end of each episode. Sometimes different things and events happened a bit too quickly, because it is a TV show. Also, the upcoming 3rd season is going to have new actors and characters. The first two season are well done and at the end of the 2nd season most things are wrapped up, but there are some holes that make you want to watch the next season.

Scream the TV show is very well written and the acting is just as good. The main Character Emma Duval is played by Willa Fitzgerald. Willa is very good at showing the complex emotions that are required for this show. The other amazing actors are Bex Taylor-Klaus who played Audrey Jensen, Carlson Young played Brooke Maddox, John Karna played Noah Foster, Amadeus Serafini played Kieran Wilcox and  Tom Maden played Jake Fitzgerald. Each of these actors portrayed these characters perfectly. They all did a great job at showing the emotions and made the show that much better. It is a show that every horror fan and inspiring detective should watch.