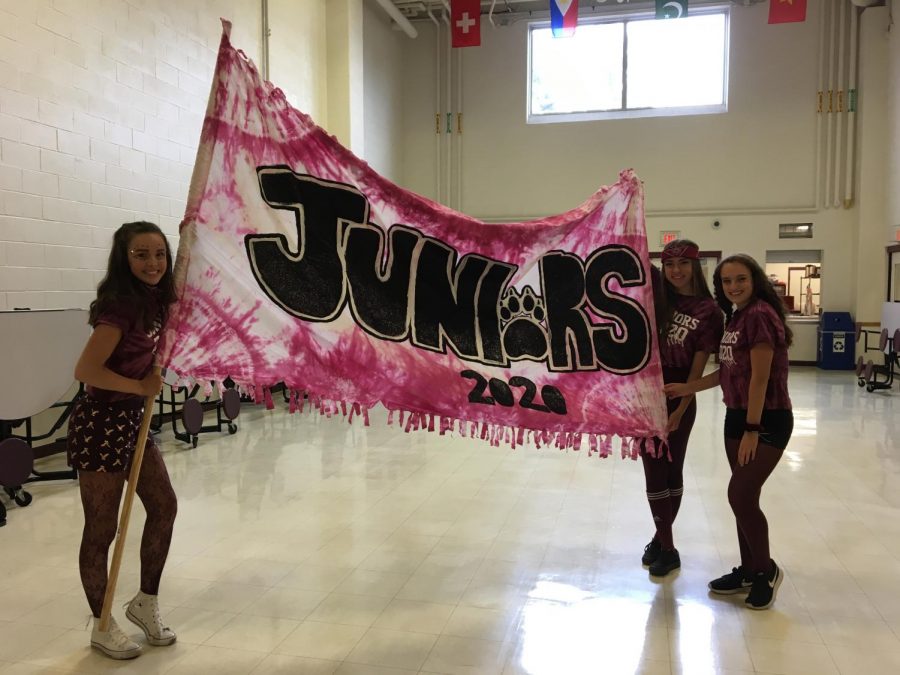 Homecoming week was a thrilling week of excitement and school spirit. Homecoming started October 8th, 2018 and ended October 13th, 2018. The Junior class was excited for a chance of redemption for the prior years from losing to the class of 2021 as freshmen, and a chance to beat the seniors after finally becoming upperclassmen. It would take a lot of work, as Renaud  Pelletier, Vice President, tried to get the grade excited to participate in the dress up days, games and other activities for Homecoming during the class meeting the week prior to it. In the end, overall the Juniors ended up placing second. Seniors won, sophomores came in third and freshmen were fourth.

Also starting the week prior to Homecoming were the dance practices. Kathryn Carlson, Liz Scanlan, and Kaitlyn Beauchemin worked very hard to come up with the choreography for the class dance. “We all took a part to do separately and then brought it all together” Kathryn explained. The theme of the dance this year was “So You Think You Can Dance”, requiring each grade had to include 4 dance styles. Elijah Boisvert created the soundtrack to the dance. Some songs that were included in the soundtrack were  “Motorsport” by Migos, “FEFE” by 6ix9ine, “Bad” by Michael Jackson, “Trndsttr” by Black Coast and “New Rules” by Dua Lipa. There were approximately 35 dancers who participated. On comparison to previous years, there were more complicated dance moves and the group was better timed. Overall, the Junior dance came in second place.

The class flag was created by Sierra Briscoe, Julia Gentili, and Kori Chamberlain. The flag was tye dyed, just like the class shirts, and had the words “Juniors” across big and bold with lots of glitter. The glitter was Kori Chamberlin’s idea. The presentation of the flag was exciting as the three of them along with Isaac Borges, Liam Kilbreth, Shea Huard and Colby Gamache ran out with them to hype up the crowd. The chant, created by Eliza Heafield echoed through the gym as it was said in the tune of the song “Hollaback Girl”. Overall, the Junior flag came in second place.

During the assembly the junior section was a sea of maroon, loud and proud. They cheered on their classmates and most participated in the assembly. Phil Molica experienced his first public school homecoming. He says “the hype was so intense I felt it in my bones”. The juniors did well in almost all the games. They came in 1st in soccer, 1st in Hungry Hungry Humans, 3rd place in Plunger Pull and 3rd in dodgeball. The Penny Slam was not so great as the Juniors came in fourth place. During the week the Juniors hosted backyard games. That didn’t go well as there was a lack of people knowing about them and they were held on Friday so everyone was more focused on the assembly at lunch.

Next year the Juniors plan on bringing their A Game for homecoming since it will be the class of 2020’s house. “I want our class to participate as much as possible. Every point counts” says Junior class president Kevin Buciak.