The Drawbacks OF Vaping 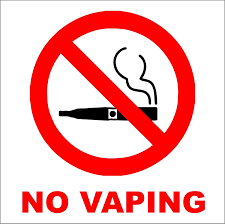 One of the major issues in society today is the increase of teens vaping.  Vapes contain an addictive chemical, called nicotine. Nicotine is a highly addictive substance and children as young as 13 are already addicted to it. Even though all the different kinds of vapes are sold to anyone 18 or older they are still available to minors. A vape is just as bad as a cigarette; they have just as much nicotine if not more. Teens brains aren’t fully developed ,and nicotine has negative impacts on brain development. I Think that vaping creates a huge health risk and the chemicals in the cartridges are unknown. There could be poisonous chemicals and consumers wouldn’t even know it until something bad happened.

E- Cigarettes and smoking can lead to mouth or lung cancer. There are warning labels on the packages; yet, teens still put the chemical in their body. From 2011-2015 there was 900% increase of high school teens using vapes and E-Cigarettes.  Even the juices containing no nicotine still tested positive for nicotine(1). Some chemicals in the juices or cartridges are unknown, ingesting these chemicals can lead to seizures. Poison Control recieved numerous calls last year from young adults ingesting these chemicals and they had seizures(1). These chemicals can irritate your lungs and make asthma worse. Researchers conclude that teens that vape are more likely to become smokers in their life(2).  Also, some flavored juices contain the chemical diacetyl. That chemical can make you have a respiratory disease called Bronchiolitis Obliterans also known as “Popcorn Lung” (2).

Teenagers who vape will suffer major health issues later in their life. To decrease the number of teens that vape we need to make a change. We need to make vapes harder to access and we need to educate educate teens on this subject. Educating them on the harmful chemicals they are putting in their bodies hopefully will stop this issue. It won’t stop it completely, but it is a start.