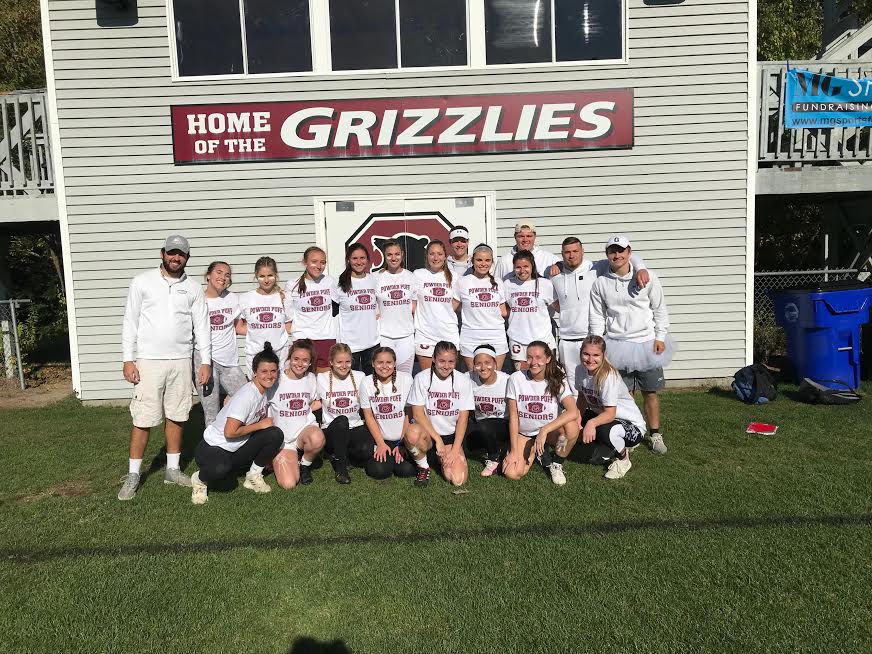 This year Goffstown High Schools S.A.L.C, student athletic leadership committee is hosting their annual powder puff game. Powder puff is a flag football game played by Junior and Senior girls and coached by Goffstown’s own football players. It was hosted on Saturday October 5th at 2 p.m. in the back field at GHS. This year the class of 2020 and the class of 2021 competed for the victory and as most players say “bragging rights”.

Senior key contributor Kelly Walsh before the game stated “everyone on the team this year will have their own specific role to contribute”, which includes both the offensive and defensive line. The juniors last year, the class of 2020, came out with the victory beating the seniors and hope to do the same this year as well. Senior Coach Wilton Geissenhainer also had some input about the powder puff game. Geissenhainer plans on “using the class of 2021’s inability to play defense against them and score as many touchdowns as possible” Giessenhainer also says the key players this year include “Kelly Walsh, Eliza Heafield, Alexa Skinner and Elena Topouzoglou”. He even states he’s “not changing anything from last year because the outcome was so huge.”

The battle for the victory began at 2 p.m. at Goffstown High Schools back field. Both classes competed for bragging rights and the seniors came out with the win. The final score of the game ended in a 41-0 win over the juniors. Star player Kelly Walsh had a total of 3 pick 6’s that allowed the seniors to take such a massive lead and win the game. Junior Sydney Nason had a big interception that almost allowed the juniors to score their first touchdown. Both teams had a lot of fun and appreciated the community’s support during the game. It was a great way to kick off the start of homecoming week!