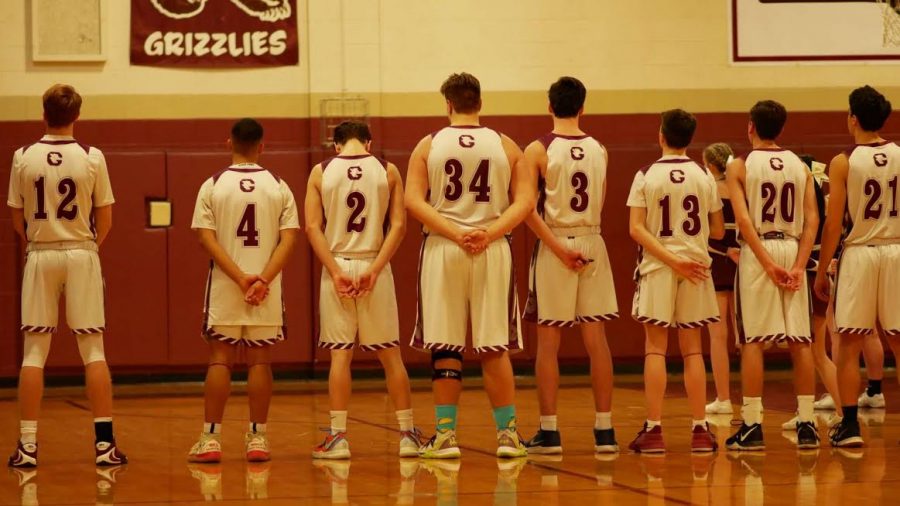 The Goffstown High School’s gymnasium is silent. Students, parents, and friends remain noiseless. Three minutes into the game senior, Derek Steckowych, sank a three pointer allowing the boys basketball team to advance to 11 points, and allowing the boys to take an 11- 4 lead over Keene High School. The crowd erupted. Students jumped from the bleachers, screamed at the top of their lungs and clapped as hard as they could. The gym was roaring with noise.

Silent Night is an event put on by student bodies throughout the country. The event begins at the tip off of a basketball game and the crowd falls silent all the way until ten points are made or exceeded. After the 10 points are met, the crowd explodes with cheers and screams and the energy is insane. On Friday, January 10th Goffstown’s School Spirit Committee put on this event in support of the boys basketball team.

TJ Dutton, captain and starter for the Boys Basketball team, says “it got the team fired up, the crowds energy gave us energy”. The fan section was “insane, the most I’ve seen in a really long time” admits TJ Dutton. Co President of the School Spirit Committee, Nick Tzannos, says “the boys came out with the victory over Keene, winning by 17.  The crowd helped the boys find energy”.

TJ Dutton also admits “the audience helps boost the team and the more participation the better”. The next Boys home game is Friday, January 24th and the boys hope to see you there. “We plan on hosting another event on the 24th and students are able to win prizes” says Tzannos, “there [will] be more events like this at upcoming games so we hope to see participation like this in the future”.