The Paw Print • May 21, 2020 • http://pawprint.sau19.org/4884/arts-entertainment/vans-sometimes-weekly-albums-yerself-is-steam-by-mercury-rev/ 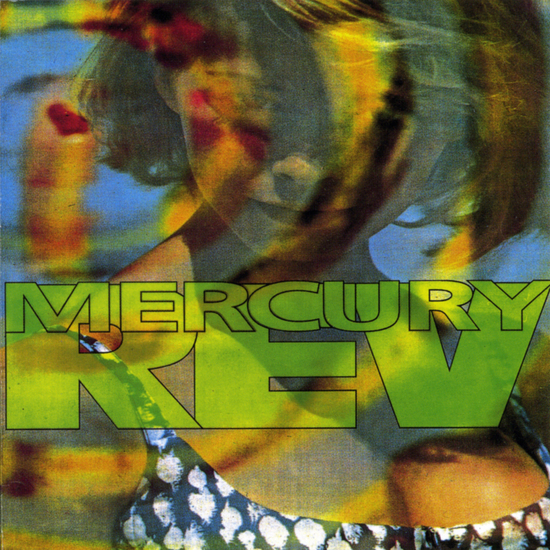 If, by any chance, you know Mercury Rev, you probably know them for Deserter’s Songs, the chamber-pop opus they released in 1998 to great success (Question for the Indie-kids: Anyone familiar with “Goddess on a Highway” or maybe “Holes”?). You also probably know them for their relationship to a little band called The Flaming Lips (Known for the album The Soft Bulletin, the songs Do You Realize?? and She Don’t Use Jelly, and most strangely, their collaborations with Miley Cyrus on her album “Dead Petz”). David Fridmann frequently produced for both bands, and Mercury Rev guitarist Jonathan Donahue also spent a couple years in the Flaming Lips. Not only that, but both of their sounds have evolved from ear-splitting noise pop to a more orchestral baroque pop sound. But both bands had different ways of approaching these styles. While the Flaming Lips were making layers upon layers of string sections, loud drums, and weird synth parts on top of the alternative rock and neo-psychedelia they were known for, Mercury Rev were creating a more straightforward approach to layered, orchestral pop. And while the Flaming Lips early albums sounded like punk rock with the fuzz turned up and the vocals turned down, Pitchfork described early Mercury Rev best: “Where their fuzz-pedaling peers obliterated the human presence in rock music through a cloud of distortion, Mercury Rev foregrounded the claustrophobic, panicky unease of being trapped inside it.”

Mercury Rev’s debut, Yerself is Steam, is the best document of this early sound. The first track, “Chasing a Bee”, opens up with acoustic guitars that sound reminiscent of George Harrison’s All Things Must Pass, but rather than striking imagery about mortality, we start out with the lines “Bombed out lovers, gallant red flocks / Of mellow seducers find eager seekers” and go from there.  The vocalist (I can’t tell if I’m hearing Jonathan Donahue or David Baker) sings out what sounds like a love song written by a more optimistic Jim Morrison, and reminds us that “Yourself is steam”. He then belts out “And of course it don’t mind…”. The songs then explodes into a guitar freak out. I’m tempted to describe it as ear-splitting, but I already used that word earlier. After the chorus, things die down again, before once again exploding shortly after in a other repetition of the chorus. Did I mention this structure goes on for 7 minutes? But it doesn’t really feel like it. The song could be 3 minutes long or 20 and never feel boring. The band finds a way to build on what we already heard, whether it be going into that explosive chorus sooner or later than we think we will, or the introduction of brass instruments more than halfway through. The song makes you feel like a little kid frolicking in your backyard once more.

The next two songs, “Syringe Mouth” and “Coney Island Syndrome”, are very different from “Chasing a Bee”. Mercury Rev need to add variety into the mix, so these songs sound like you took a standard pop-rock song and drowned it in a pot of noise, fuzz, and distortion. These are probably the most accessible tracks on the album. Then comes “Black and Blue”. The distortion is almost entirely absent from this one. Instead, we get a singular strummed guitar, some ambient noise in the background, and vocalist David Baker singing about colors in an unusually deep voice. The song is the musical equivalent of a gentle giant. Baker sounds like a monster towering above the skies, but he sings such innocent, childlike lyrics such as “I see snow / I see cold / I see someone / Getting old / And it’s cold outside”. It’s exactly 6 minutes long, but it breezes by. This one’s the least intimidating song on the album, and should be the first one you listen to if you’re not used to hearing loud guitar noise in your songs.

“Sweet Oddysee of a Cancer Cell t’ th’ Center of Yer Heart” is the next epic on the album, and probably my favorite song on the album. There is an actual melody and lyrics in the song, but this is overshadowed by the mixture of guitar fuzz and thrilling drums that follow it. The song feels like you’re in a rocket that’s taking off. I really can’t describe this song in words, I’d recommend you just listen to it and let is wash all over you. “Frittering” swaps out that mind-melting thrill of “Sweet Oddysee…” and instead opts for what sounds like a normal song you’d here on any other indie rock album, except that it sounds distant. The vocals and acoustic guitar melody are drenched in reverb and buried behind the usually feedback and guitar fuzz. It’s not really inaudible, but it sounds like a second band is trying to play their song live while also 6 feet away from Mercury Rev doing their own thing. “Continuous Trucks and Thunder Under a Mother’s Smile” is a 43 second interlude that’s not really that memorable.

“Very Sleepy Rivers” is pure insanity for 12 minutes. The lyrics are a mind screw that tells us of the titular sleepy rivers, a “very sleepy place”, rust, a “new scent” which is “innocent” apparently, and the word “repent”. It’s all supposed to be about a serial killer by the way. The rivers are apparently a metaphor for the killer’s calm demeanor and a tendency to snap and, you know, kill people. You can’t tell this from the song. You can’t even figure out any other lyrics either. I just thought this song was David Baker saying “Very sleepy rivers, a very sleepy place” over and over again. The guitars have the same sound as the freak outs that appear in all the previous songs, but while those were simply explosions during the chorus or during a coda that makes things exciting, in this song they never end. It just feels like a very long freak out, and it feels like they could go on forever doing this (And in theory, they could; Live versions could extend up to 15 minutes at least). It’s another great track, but I’ll admit that the live version from Lego My Ego (Where they combine it with a cover of Miles Davis’ “Shh/Peaceful” as an intro) is far more demented and exciting, in a way that I personally enjoy more. I also feel like this isn’t a good song to end the album on, but that’s where the hidden track comes in.

“Car Wash Hair” was a single released a few months earlier and could be found on the aforementioned Lego My Ego compilation. However, most releases of Yerself is Steam include it as a hidden track that comes right after “Very Sleepy Rivers” (This is why streaming services list the song as 20 minutes long instead of 12). It’s subtitled here as “The Bee’s Chasing Me”, but the only similarity it has to “Chasing a Bee” is the chords used. If “Chasing a Bee” is a love song through the eyes of a five year old child, this one’s a love song through the eyes of a nineteen year old college student. The refrain goes “Wanna ask but I just stare / Can I run my hands through your car wash hair”, which sounds like a midwest emo lyrics filtered through the Flaming Lips’ “She Don’t Use Jelly”. The verses frequently mention a band, and that just because he’s not in one doesn’t make him “square”. The actual song is a beautiful crescendo starting with the signature guitar fuzz, followed by the introduction of triumphant brass instrumentation. I always enjoy it when an album ends on a good note. God bless Sony for appending this to the album.

I haven’t gone into full detail about this album yet. I didn’t mention the usage of Grasshopper’s custom synthesizer, the brilliant yin and yang of David Baker and Jonathan Donahue’s voices, or the usage of a coffee machine as a rhythm track. It’s one of those albums you listen to and pick out all the little details. While I must admit that not everything sticks (“Coney Island Syndrome” is forgettable, “Syringe Mouth” sounds uninspired), I’d still recommend this one to anyone who doesn’t mind their rock albums getting a little weird.