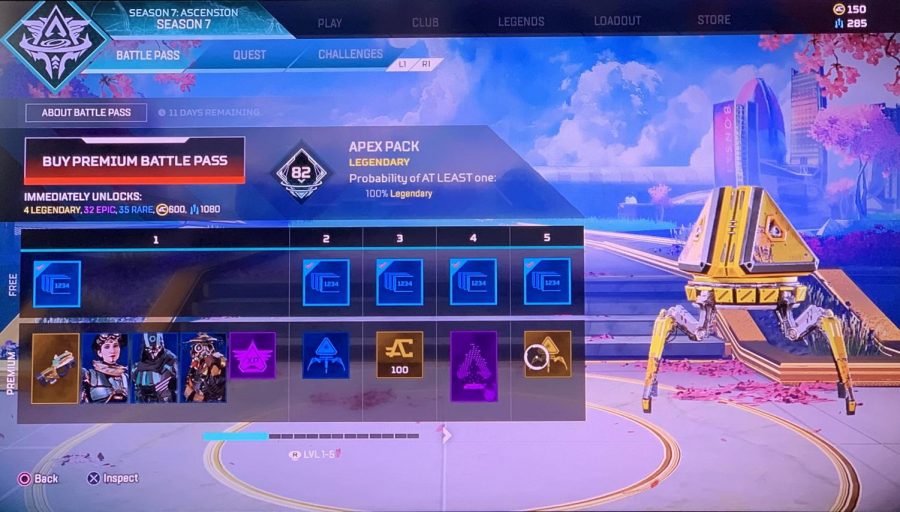 Season passes have existed in the gaming industry for a while. Typically, a season pass lasted for around a year and provided extra campaigns in games or added extra content to what was originally released. Season passes have now become staples of certain series, like Destiny, and is how players are able to play more of the story. Now enter the battle pass; essentially a shorter and faster paced season pass, but missing the campaign (unless its Destiny). Battle passes allow players to essentially buy extra missions for an in-game season (that lasts for approximately 10-12 weeks) to earn extra rewards like cosmetics and experience boosters.

Battle passes have been popularized in the gaming industry since Fortnite’s first pass all the way back in 2017. This sent shockwaves and it seems like every upcoming first-person shooter has a battle pass now. Apex Legends, a battle royale released by Respawn Entertainment and EA is 2019, is in its 7th season and Warzone, Call of Duty’s battle royale, is currently in its 7th season as well. Both games have had battle passes since their first season in 2019. Battle passes don’t require players to spend money to earn rewards though; there are a few items players can earn through natural progression of the 100+ level passes.

The success of the battle pass not only earns money for the studios and developers, but also brings players back. The daily and weekly challenges unlocked by the pass make it easier to progress in the pass and feels good to complete. Also, each season receives a theme for the cosmetics and brings back buyers who want that shiny new skin or the cool and edgy one. Battle passes work greatly for both player and developer since the player can earn more rewards and have a sense of completion while developers can have fun with what they add and put more personality and passion into the game.