The LARPers Among Us 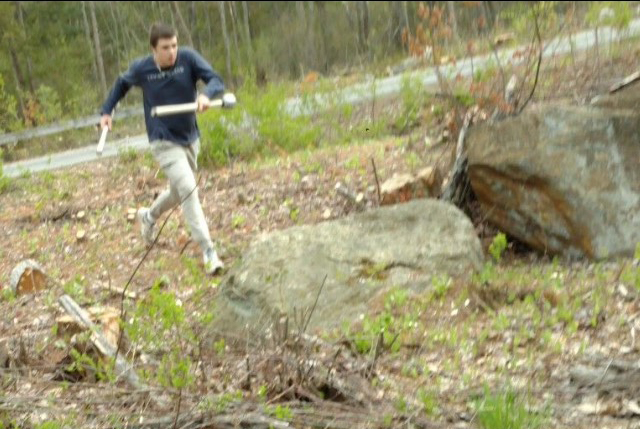 Adrenaline is pumping through your veins as you’re sprinting through the woods, sword drawn. You’re down to your last armor point and the healer is down. You think you might be able to raise him with one of your magic items but there is no way to know for sure, and it’s way too risky to attempt. The only option is to turn and fight the boss, even knowing that you may not make it out of this one unscathed.

This is just a small glimpse into what a LARPer feels mid-event. But don’t be fooled, it’s not just running around and hitting things with sticks. Intellectual puzzles and problem solving are also included. You may be asking yourself “what is LARP?” LARP, or Live Action Role Play, is like a live version of Dungeons and Dragons, where you roll dice to make your player-created character do things, or your favorite fantasy television show without all the downsides of actually dying or getting stabbed (hopefully). Players assume the persona of their chosen character while physically and strategically acting out fantasy scenarios. For example, a LARPer may find themselves ambushed by a band of armed bandits or fighting their way through a devil’s hell.

Although LARP isn’t the most popular or sought after sport, it still has a fairly large following and it’s great exercise for both your body and your mind.. Here at GHS we even have a LARP club.  Many students who don’t understand LARP will either heckle it or ask tons of questions, which we recommend if you’d like to be properly informed. LARP,

Emily Murphy, the Vice President of the GHS LARP club remarked, “I find it amazing, the fact that I found people crazy enough to do this insane thing with me.”

If you are interested in joining the LARP club, they meet Wednesdays, after school until 5 p.m. in room 208.  Contact Zac Houle at zachoule14@gmail.com for more information.